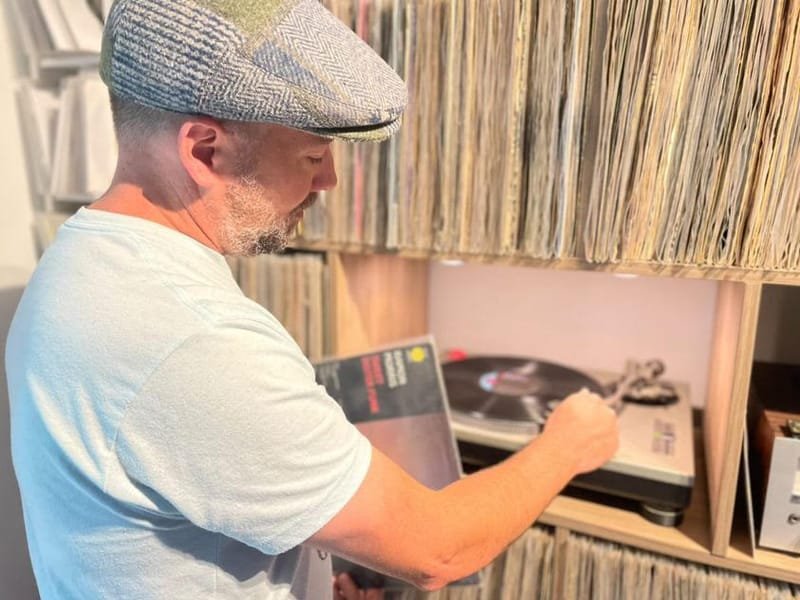 Been collecting records since I was 12, was given a collection from my grandfather with a James brown 45 of its a man’s world and everything changed after that. Stated to dj parties around 13-14 years old. Started to produce music around 16 years old. Have produced some underground hip hop records through the years. Started a group with my fam frank Cee called Griz-Lee. Always out record shopping even 30 years later. Collection was around 14,000 at one point but had to shave it down a bit lol. I just love to play music for people and introduce something that they might not have heard yet but really enjoy. Grew up on hip hop which lead me to soul, funk , jazz and world music. Always getting music sent to me and I love it because I’m Still looking for that record I haven’t heard yet. Never enough records.